Flying or Horizontal Shores, in this type horizontal supports are provided for supporting temporarily the parallel walls of the two adjacent buildings, which may tend to collapse or damage when one of the intermediate buildings has to be pulled down and rebuilt see in the below figure. 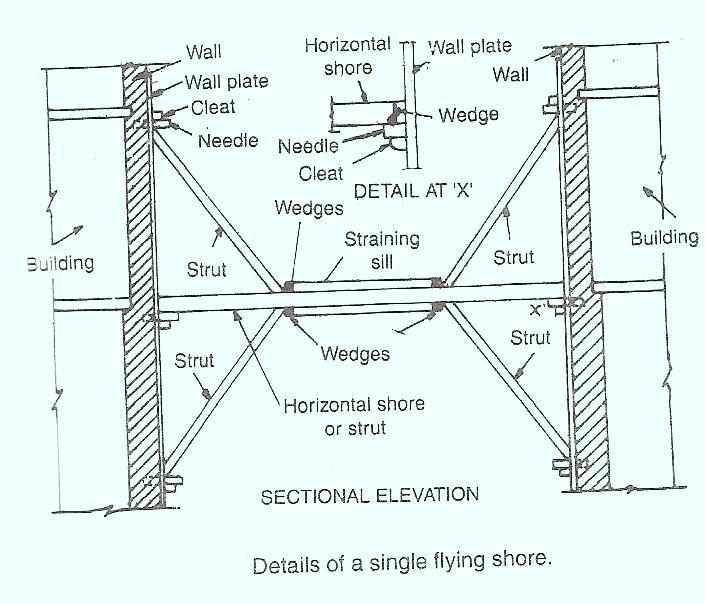 Such conditions occasionally arise when one of the intermediate buildings from a series of buildings standing side by side is either required to be reconstructed or has collapsed due to some reason.

The details of a simple raking shore (with three rakers, known as treble raking shore) are shown which can be employed up to 3-storey heights. 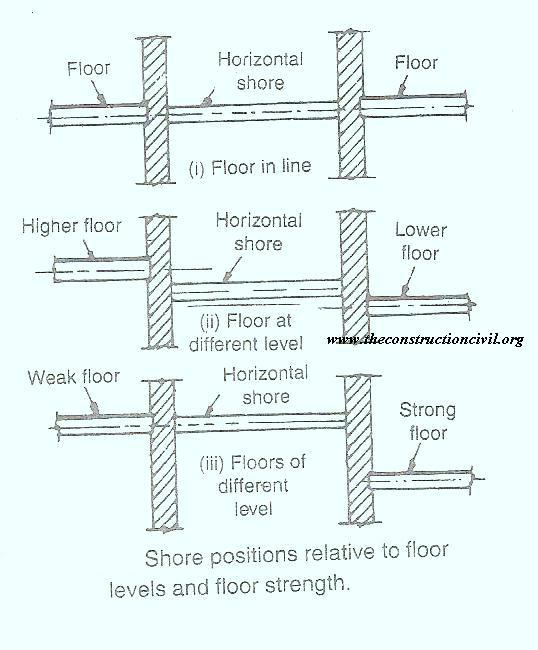 (i) During reconstruction of the intermediate building, the flying shores temporarily take up the position of the dismantled building. 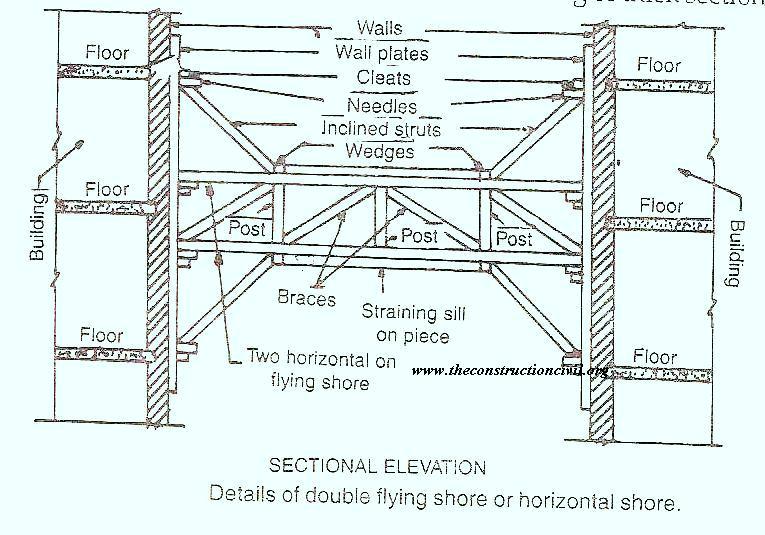 (iii) The maximum distance of about 10 metre between the parallel walls can be supported by single flying shore. For a distance more than 10 m, a double flying shore, having a trussed form work as shown in Fig. 24.29, is employed.

(iv) The flying shores are kept in position so long as the adjacent buildings are made stable by constructing the building to a sufficient height.

(v) Unlike the inclined shoring in this type, only one set of shoring is employed to strengthen the two adjacent walls.

(vi) A larger factor of safety should be adopted in design analysis of flying shores because of uncertainty of actual loads. For shores to be more effective, the struts should be inclined at 45°, if possible.

Got useful info on Flying Shores? If So, Like us…

Shoring and Types of Shoring