Consolidation Test is performed for the purpose of determining the total volume decrease as well as the time rate of volume decrease which a laterally confined soil sample will undergo when subjected to an axial load. The consolidation test is useful in all problems associated with settlement and is used principally with cohesive soils. This test is essentially a confined compression test. 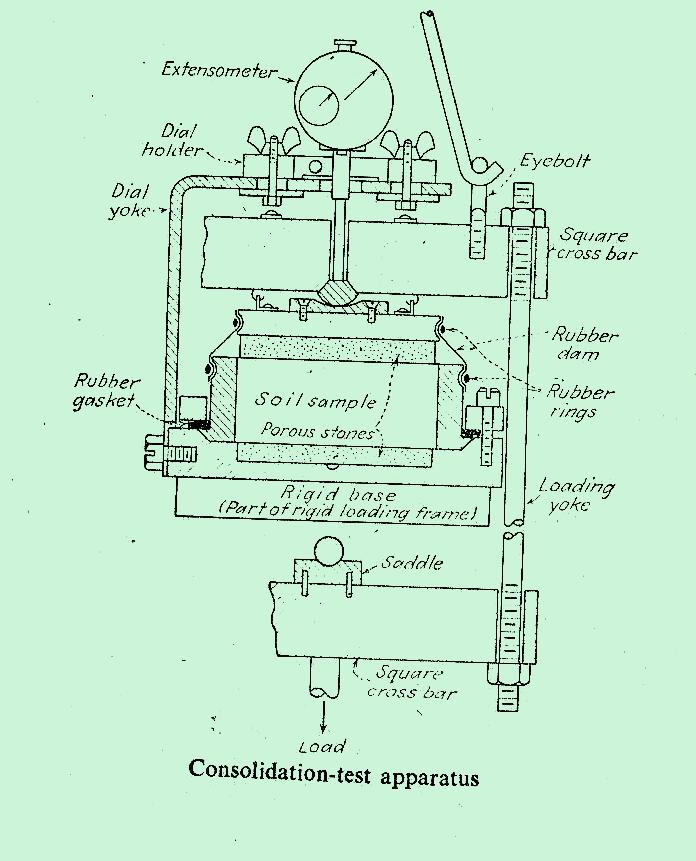 An undisturbed sample of the soil is placed in a metal ring between two porous stones to facilitate drainage of the sample during the test, and a pressure applied to the upper stone. The magnitude and rate of compression of the sample under the pressure is observed. When equilibrium has been attained the load is increased to a greater value and the observations repeated. The volume change of the sample is measured by an extensometer. Each increment in the load is allowed to act till no further contraction takes place under it. For each increment of load the progress of volume change corresponding to appropriate time intervals is recorded. The data thus obtained is plotted in the form of a dial reading versus time-curve. Time required for consolidation is proportional to the square of the thickness of a soil stratum. Since the time rate of consolidation is a function of the permeability of a soil, it determines the co-efficient of permeability indirectly.